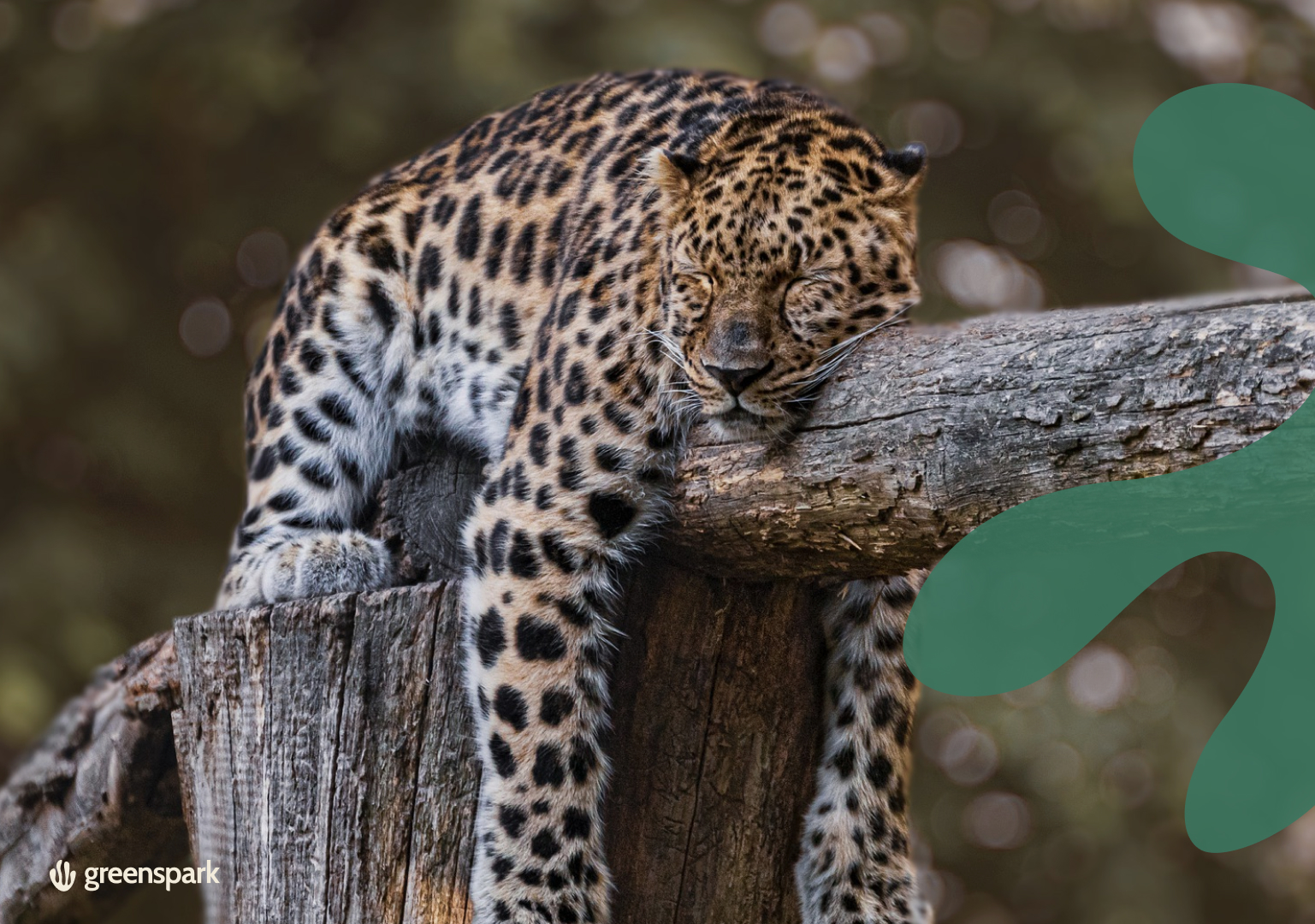 In honour of #WorldWildlifeDay, we want to share a few of the most amazing restoration projects, how they have been successful and highlight just what habitat restoration can do for our environment.
March 29, 2022

Every year, the world loses a staggering 10 million hectares of forest land. That’s the equivalent size of South Korea or twice the size of Costa Rica. Ecosystem degradation has a massive impact on humans, the environment and wildlife. Food, transport, fuel, medicine, clothes, energy, all of this relies on a healthy ecosystem, wildlife and fauna. The loss of so much biodiversity has already impacted the wellbeing of at least 40% of the world’s population.

But this isn’t final. It’s not irreversible. In fact, many communities, governments and organisations are taking action and fighting back by restoring and protecting our vital ecosystems.

What is ecosystem degradation & why is it bad?

Simply put, ecosystem degradation is the destruction of habitats through climate change, human interference, pollution and overexploitation. This loss of habitation means our vast and diverse wildlife struggle to survive and the once rich and fertile lands are drained of nutrients. Deforestation, water pollution, usage of chemical fertilisers, pesticides and soil erosion are just a few examples of the type of degradation that our environment is facing.

If the current rate of degradation continues, by 2050 we could see a 95% loss of our critical ecosystems. With this scary statistic in mind, the UN is dedicating this #WorldWildlifeDay to informing people and encouraging them to support projects dedicated to restoring ecosystems and protecting key endangered animals.

And they’re not alone. Many organisations have come together to challenge countries to reverse the loss of their natural habitats through various means. The Bonn Challenge plans to restore 350 million hectares of forests by 2030. The World Resources Institute, the Natural Resources Defense Fund and 350.org are all dedicated to helping countries update their environmental polices and the way they protect their ecosystems.

We too at Greenspark are doing our part and working hard to restore critical ecosystems through reforestation as well as protecting our oceans from plastic.

So, in honour of #WorldWildlifeDay, we want to share a few of the most amazing restoration projects, how they have been successful and highlight just what ecosystem restoration can do for our environment. ‍

‍Belize is home to the second largest barrier reef in the world - The Mesoamerican Barrier Reef. UNESCO once described the coral reef as, “unique in the world for its array of reef types contained in a relatively small area.” Sadly, due to coral bleaching (caused by rising temperatures and ocean acidification), large parts of reef have been destroyed and the wildlife has suffered along with it. Between 1985 and 2014, the bleaching stress level (a factor that estimates the likelihood of dangerous bleaching)  doubled  from 1.7 to a severe 3. For Belize they went from no bleaching (or a very minuscule amount) to being on high alert.

The coral reef is a core part of Belize’s tourism industry, which makes up 38% of the country’s total gross domestic product. Alongside this, it creates over 50,000 jobs for local people. The destruction of this sensitive ecosystem has had a disastrous impact not only on the environment, but on the country as whole.

In 2009, the Mesoamerican Barrier Reef was added to the UNESCO list of World Heritage Sites in Danger. However, due to the government’s dedication to restoring and protecting it’s coral reef, it has since been removed from the list due to some incredible intervention in the region.

In 2018, Belize became the first country in history to put a suspension on all offshore oil exploration and drilling. They also banned single-use plastics and styrofoam products. Many areas of the reef were also classed as ‘No-take Fishing Zones’. This means it is prohibited to remove anything, living or dead, from the water. This new policy stopped human disturbances in the area including fishing, dredging, construction and dumping of materials.

In 2020, the Healthy Reefs For Healthy People audit announced that Belize’s coral reef had risen from a 2.3 (poor) to a 2.8 (fair) on their audit scale. Their coral coverage scale had also increased from 10% to 18%, thus proving that restoration, while slow, has improved the health of the coral, the wildlife and the livelihood of the locals.

The Tambopata National Reserve is well known as being one of the world’s best hotspots for wildlife and fauna diversity. The lush vegetation provides shelter, food and security for some of the most endangered species on the planet, such as giant otters and jaguars.

Sadly, land degradation from illegal mining, single-crop plantations and logging has depleted the fragile ecosystem. Due to this loss of habitation, the giant otter population has severely declined to around 500 in the rainforest and is very vulnerable to going extinct. With the amount of jaguars in the rainforest also declining, scientists now believe that the only way to ensure their existence is through ecosystem restoration and protected areas.

Thankfully, two non-governmental organisations, AIDER and Althelia, have teamed up to save the rainforest through agro-farming. Previously, farming in the area focused on papaya - which strips the soil of nutrients when grown intensively. Now, through education, farmers are focusing on multi-crop farming with cocoa, banana and guava. This style of sustainable agriculture helps soil to retain nutrients and water, protects the land and increases carbon absorption. While growing papaya required lots of vast open space, their new farming style brings ‘forestry back to farming’ with farmland looking like the rainforest without impacting the quality and quantity of produce.

By 2019, AIDER had helped to restore and conserve 3,212 acres of forest within the Tambopata National Reserve.

The Great Green Wall is an African-led initiative to bring life, food security and jobs back to areas that have seen huge losses due to climate change. Droughts, dwindling natural resources, lack of food and mass migration are just a few of the things that have led to degradation of their ecosystems. In 2017, twenty million people were declared to be on the verge of starvation following droughts and food crises. ‍

Dryland covers around 65% of the continent and one-third of this area is completely uninhabited. The remaining area is home to an ever-growing 400 million people. These areas are still vulnerable and by 2030, desertification could displace an estimated fifty million people.

The Great Green Wall has huge ambitions and has already made a positive impact to people across the region and the environment. They don’t plan to just plant trees or educate on sustainable farming practices but will also grow:

Ten years in, the project is only 15% complete. However, the results have already been staggering.

In Senegal, 12 million drought-resitant trees have already been planted.

In Ethiopia, 15 milllion hectares of degraded land has been restored.

In Niger, 5 million hectares of land has been restored, delivering an additional 500,000 tonnes of grain per year. This is enough to feed 2.5 million people.

‘Once complete, the Great Green Wall will be the largest living structure on the planet, 3 times the size of the Great Barrier Reef.’

Nearly 75% of the earth’s surface has been altered and impacted by human activity, threatening the very ecosystems and species we rely on. Widespread deforestation not only hurts plant and animal life but also jeopardises the ability of local communities to live sustainably off of dwindling natural resources.

Land clearing, mining, commercial activity, logging and wildfires are a fundamental risk for nearly 1.6 billion people worldwide who depend on forests for their livelihood, including 70 million indigenous people.

Eden Reforestation Projects fight deforestation and alleviate poverty by employing local communities to restore their natural ecosystems and paying them a fair living wage to do so. Eden only plants native tree species to maintain natural biodiversity.

So far, Eden  has planted more than 500 million trees around the world with 20 million being planted every month. Alongside that, they have improved the livelihoods of millions of people living in extreme poverty by employing people to work in their plant nurseries and on project sites.

If you have incorporated Greenspark into your business and sustainability strategy, you’ll have heard all about  Eden Reforestation Projects as it is one of the amazing projects our community supports.  We are proud to say that our community of earth positive companies have collectively planted over 88,900 trees in Nicaragua through our partnership.

While the statistics are scary and highlight just how much work needs to be done to reverse the impact that climate change and human action has had on our ecosystems, it’s amazing to see how communities and organisations are coming together to help restore land, coral, wildlife and the livelihood of millions of people around the world.

If you’re a business wanting to get involved with ecosystem restoration, get in touch or book a demo to run through the Greenspark platform and learn more about how you can create positive action with every business transaction. 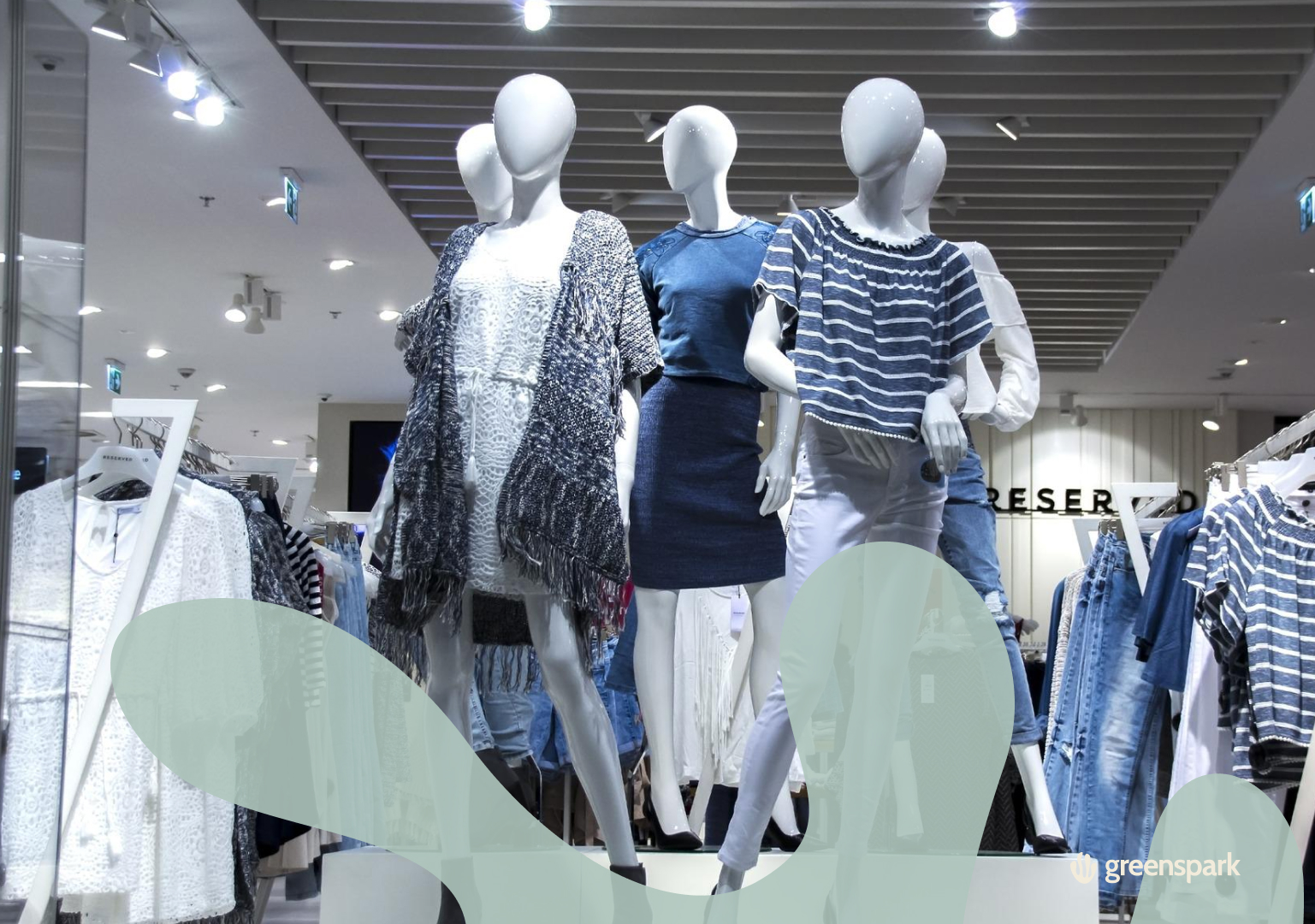 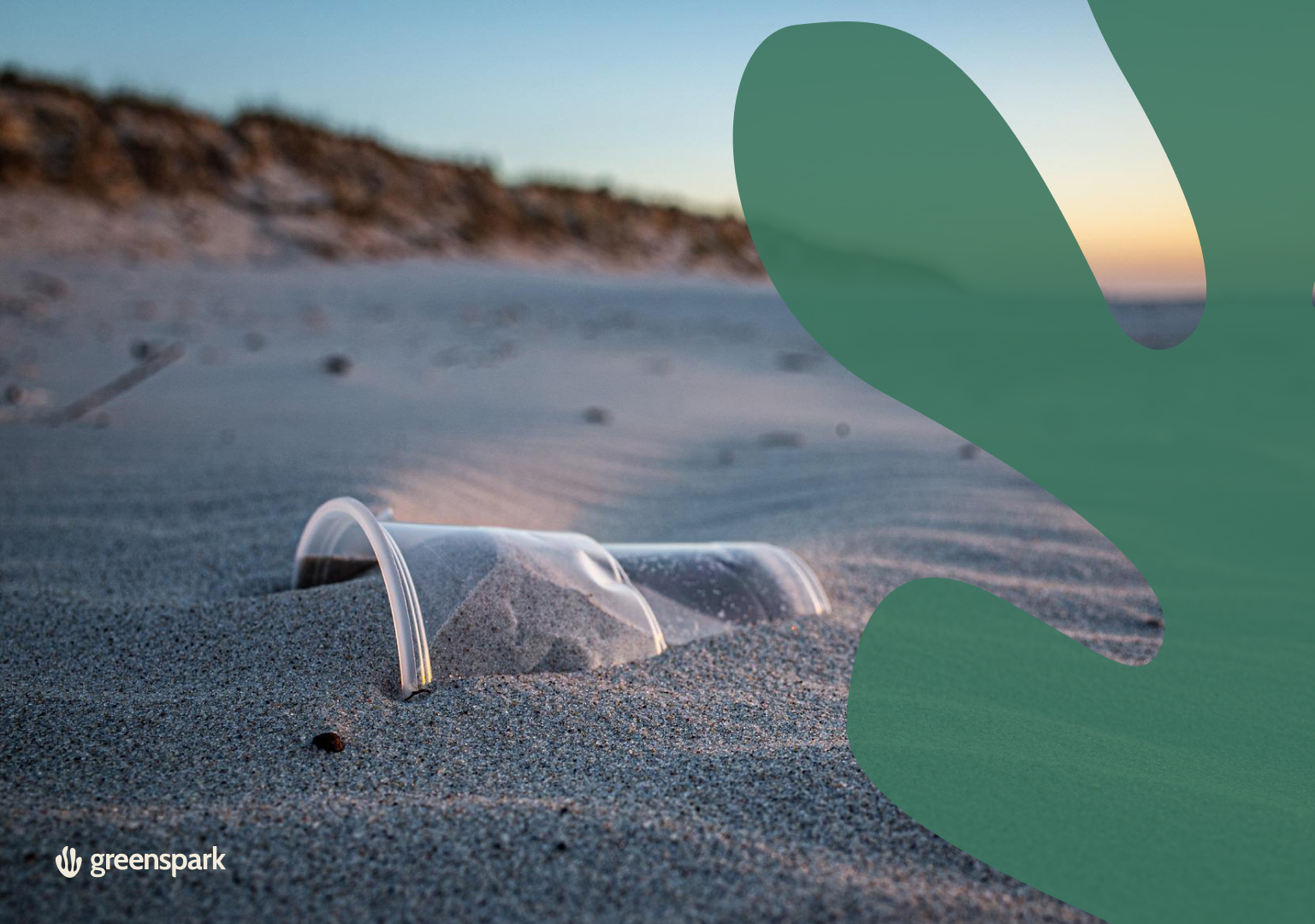 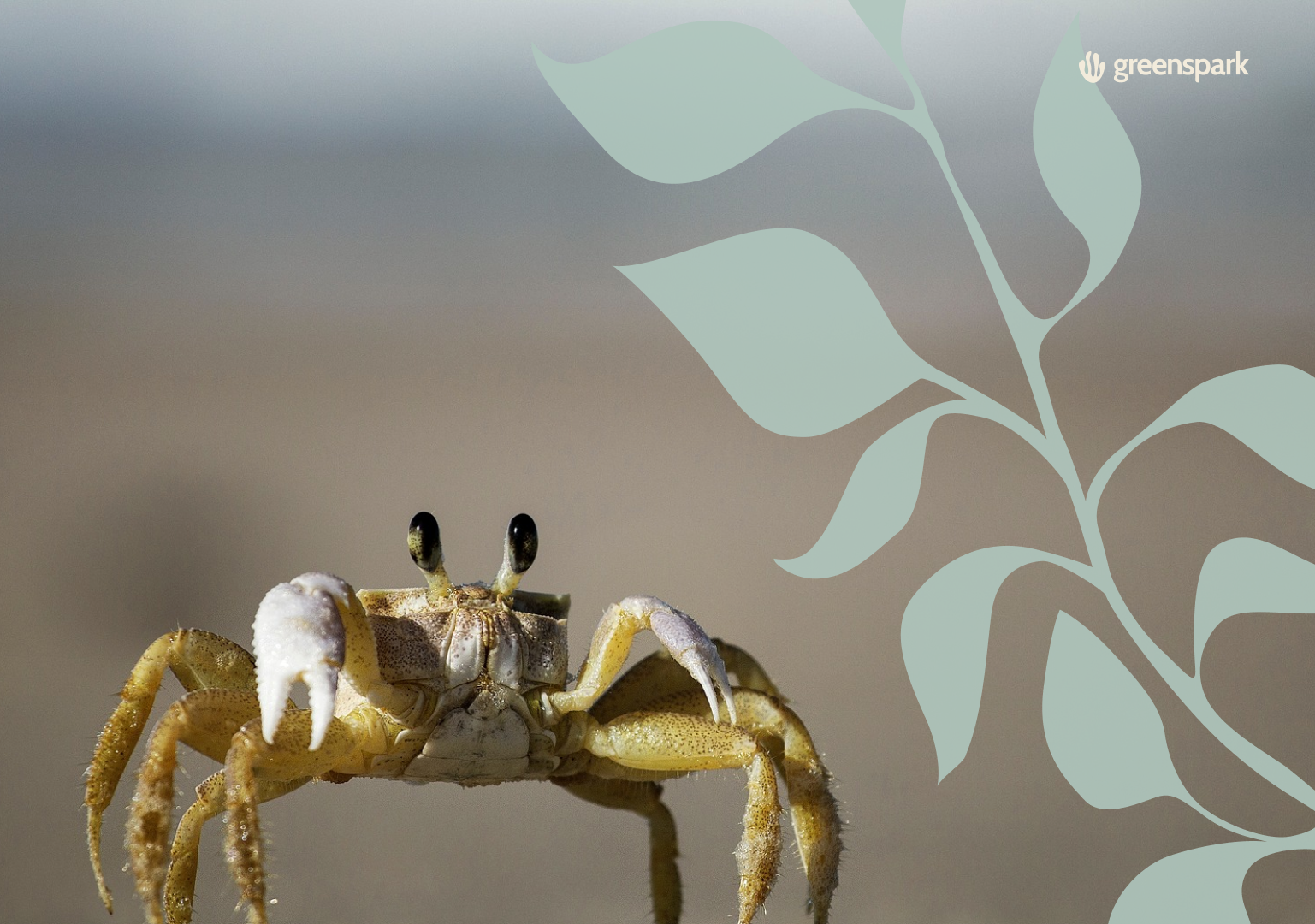